from Indivisible (Single) by Amerigo Gazaway 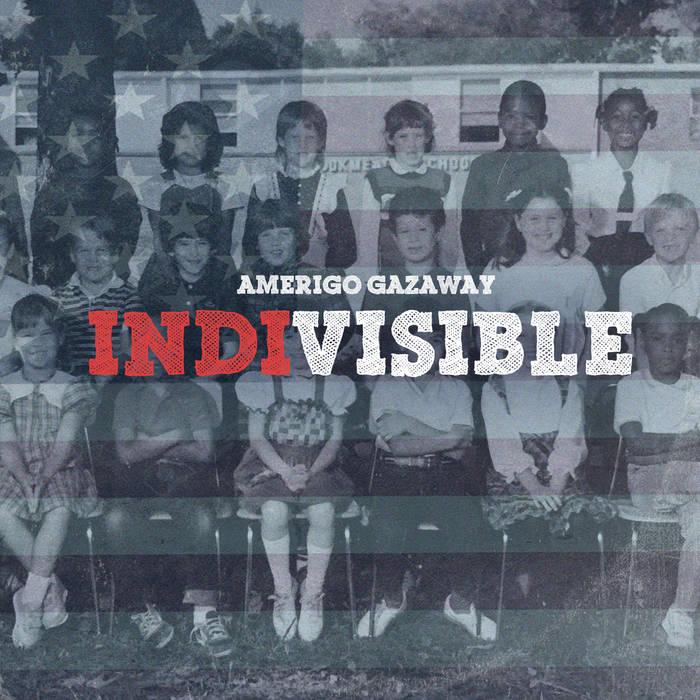 As the son of an immigrant and an artist who has dedicated my life and career to the celebration and preservation of Black music, I feel it is my duty and moral obligation to speak up about the systemic racism that has plagued our country for centuries.

Growing up in the South, I’ve had my own share of terrifying encounters with the police and overt racism, but these experiences are only a fraction of the trauma that black people in the United States endure on a daily basis. Black lives have been under attack since the founding of this country and it is imperative that we dismantle the corrupt systems of hatred, white supremacy and racial oppression once and for all.

Our hearts are with the families of George Floyd, Ahmaud Arbery, Breonna Taylor, Rayshard Brooks and all the other victims of police brutality and acts of racial violence. Whether through activism, fund raising, protest, voting, community building, or music and art, we will continue to fight for justice and equality because #BlackLivesMatter. I’m sharing this song as a reminder of the original ideals our country was founded upon (and what we are still fighting for today). It’s quite simple actually:

“Indivisible, with liberty and justice for all.”  -AG

Listen to “Indivisible” and download for free/pay-what-you-want. This Juneteenth (and every Juneteenth hereafter) we will donate 100% of our profits to the NAACP Legal Defense Fund.

Try to hustle and maintain
Feels like everyday is a struggle to stay sane
But you know what they say, no pain no gain
I think it’s time to pull the plug and disable the mainframe
F-Society, you think I don’t know that the Feds is eyeing me?
The only time they notice the protests is when there’s rioting
Honestly, or either that or put it on livestream
Facebook, YouTube, put it on IG
Put em on blast so they can see what I see
Every single time that I’m scrolling through my feed
Or are you too busy walking your dog
in Central Park without a leash and then calling the cops?
White privilege, you mad cuz you can’t shop at the mall?
Or go to the barbershop, potentially harming us all
White privilege, some might deny it but I’ve lived it
Every time I’m on the corner minding my business

Yo imagine what would happen if
We replaced the presidential cabinet
with Angela Davis and Colin Kaepernick
If one out of every three congress members was African
And every non-voter became a political activist
Imagine if...being black wasn’t hazardous
And going outside didn’t equal more casualties
If ever black family got reparations packages
It’d never be enough to make up for all the damages cuz
Ain’t no going back, the damage is done
Police with itchy trigger fingers and their hand on the gun
White scum, another black man on the run
Another black mother crying cuz she can’t see her son
Black leaders, Black Panthers who pack heaters
Black women, Black history, Black teachers
Black people, I’m always down to fight for the cause
And you have every right to take back what’s rightfully yours

Yo, imagine what would happen if white people gave half a shit
And started doing something instead of just being pacifists
Imagine if...we were all this passionate
In our daily lives instead of just when it’s happenin'
To someone we know or someone we love
And the media just tryin to sweep it under the rug
Unless somebody got footage of a cop gone crooked
Now the whole world looking on utter disgust
No justice, no peace, y’all enough is enough
Screamin' "fuck the police" at the top of our lungs
This is for the OGs, who sacrificed everything
Just so they just so could build a better future for us
We’re all one, no man is an Island
And no longer will we just stand in here in silence
While they try to undermine us, and tear us apart
I think it’s it time to show them who the true Americans are
So let em know