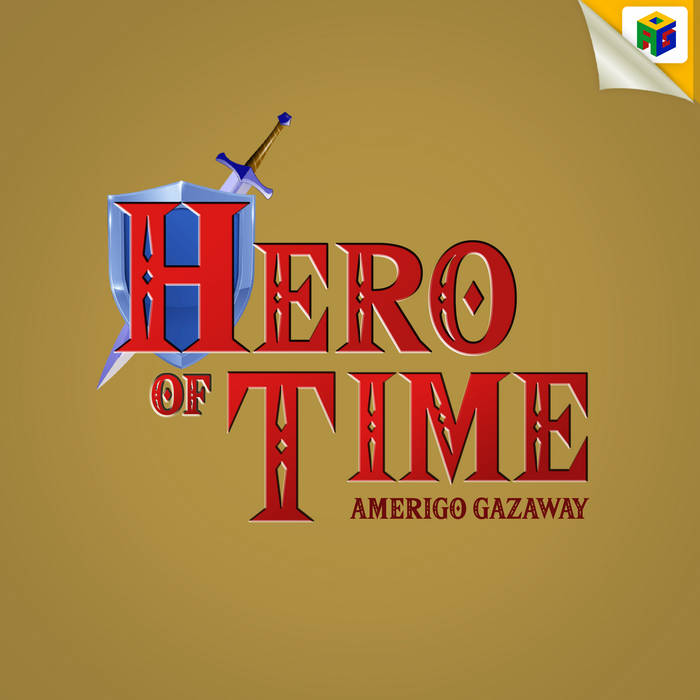 “The flow of time is always cruel... its speed seems different for each person, but no one can change it... A thing that does not change with time is a memory of younger days...” ― Sheik

Happy 35th Anniversary to one of my favorite videogame series of all time, #TheLegendOfZelda. Watch the full video for "Hero of Time" on Youtube and stream/download the single on Bandcamp. -AG

It all started
When I woke up from a nightmare
A man on a horse and a young girl with light hair
She was right there, but I couldn’t save her
That’s when the Great Deku Tree asked me for a favor
He said somebody done put a hex on him
And that it was up to me to go and flex on him
Yo I got you, but when I broke the curse it was too late
No turning back, even if I start a new game
He said you need to go to Hyrule Castle
And don’t tell ‘em why you’re there if anybody ask you
Snuck past the guards and saw a girl in a pink dress
Iif I had to guess I’d say that she was the princess
She seemed stressed, about an Evil King, Ganondorf
Tryna rule everything from here to planet Mandalore
If I could just get my hands on the Master Sword
Things would be different, I could give him what he’s asking for
Fast forward, she said he’s after the TrI-Force
A sacred ancient artifact according to my source
Crafted long before events in Breath of The Wild
The essence of three goddesses, like Destiny’s Child
She smiled, and told me bout the Ocarina of Time
And the two spiritual stones that l needed to find
It’s mine.. and I don’t need no strategy guide
But if if you need a couple hints from me then that’ll be five
Gold rupees, yo it’s nostalgic like old movies
That’s why the retro-gamers always make the best groupies
Yours truly, you don’t need to ask, this ain’t mumble rap
Bass thumping like Thundercat in your rumble pack
That’ s not a humble brag, carry along
If ya lost, ask Navi or play Saria’s Song
I’m gone, and if you doubt me you can dead all that
Then the wise owl turned his head and said “did you get all that?”

On to the next chapter,
Lets’s see, where were we, I think it was just after
The castle courtyard, yeah that’s where I first met her
But before I could leave she gave me the royal letter
Yo, she said just tell ‘em I sent ya
And little did I know this was the start of my adventure
But before I set off across Hyrule Field
I should probably make a pitstop and buy a new shield
Shit is real, you could get yourself killed
The freaks come out at night
You already know the deal
You gotta have streets smarts ‘round these parts
It’s no joke, man I’m really glad I found these hearts
Press start, and check the items I’ve collected
The level of my skill is much higher than I expected
Got a few potions left in my inventory
A couple gold skulltulas but thats a different story
Yo it’s getting late, Maybe I should head to the gravesite
And learn a new song that turns dusk into daylight
Now the sun’s up and it’s almost 4:20
Next stop, Death Mountain, AKA Goron City
Yo, best to bring my word with me
In case anybody tryna go to war with me
Strike first, strike hard, no mercy
Whe I leave, I’ll have ‘em sayin “please don’t hurt me”
Back to the journey, my quest to het the ruby stone
“Here take this, it’s dangerous to go alone!”
Just gotta keep it moving like a mobile home
‘Cause if I don’t the whole kingdom could be overthrown
I’m in the zone, it’s so much more than a game
And to think, we haven’t even got to Zora’s Domain
Bout to go save the world you can bet on that
Then the wise owl told me “yo homie, did you get all that?”

Hold up, ain’t nothin’ like the feeling you get
When you ridin’ off on horseback into the sunset like…
Bet, one time for Epona
My trusty steed always by my side since I showed up
I’m glowed up, with spirit stones head to toe
Make one fall move and catch an arrow from this bow
Let’s go, it’s time to find Ganon and destroy him
Been waitin’ for it ever since that day I left the forest
But before it, I need to go break the spell
And open up the secret doorway to sacred realm
But at the very last moment That’s when Ganondorf showed his
True colors and opened up the gates of hell
When I woke up, the damage had already been done
And it seemed like the battle had already been won
The Tri-Force was gone and the world was a different place
Looked at my reflection but I saw a different face
I was once a child, but feels like yesterday,
Now I’m grown, ready to fulfill my destiny
As the hero of time, so the legends say
They call me link, make sure y’all don’t forget the name
And now it’s on me to link up the Seven Sages,
To seal away the forces of evil for many ages
Im here to save Hyrule, you can bet on that
Koji kondo on the track, it’s a wrap (rap)
Did you get all that?