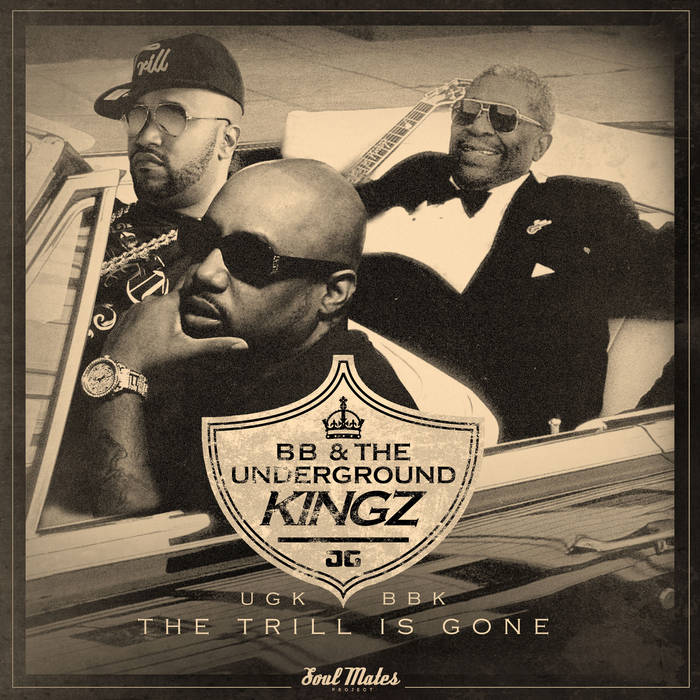 Under the Soul Mates Project Banner of "collaborations that never were," Amerigo Gazaway's latest imagines a recording session between blues great, B.B. King, and Texas rap legends, UGK. Aptly titled "B.B. & The Underground Kingz: The Trill is Gone," the producer seamlessly bridges the gap between hip-hop and its predecessor, the blues.

Crafting the album's bedrock from deconstructed samples of King's electric blues hits, Gazaway re-imagined what might have happened had King and UGK actually recorded in the same time and space. Paying homage to Pimp C's signature production style, Amerigo plays much of the organs heard throughout the album. Strategically looping and lacing Lucille's guitar licks and B.B.'s road tales with Bun B & Pimp C's southern fried storytelling, Gazaway finds a sweet spot in the overlapping themes of his subjects' respective catalogs.

Watch the teaser video for a sneak peek of "B.B. & The Underground Kingz" and make sure to download the album's lead single "The Trill is Gone feat. Mr. 3-2 & Ronnie Spencer". We'll be giving you a few more tidbits leading up to the album's release in a few weeks. In the meantime, keep it trill and make sure to follow us on Twitter/Facebook for updates.